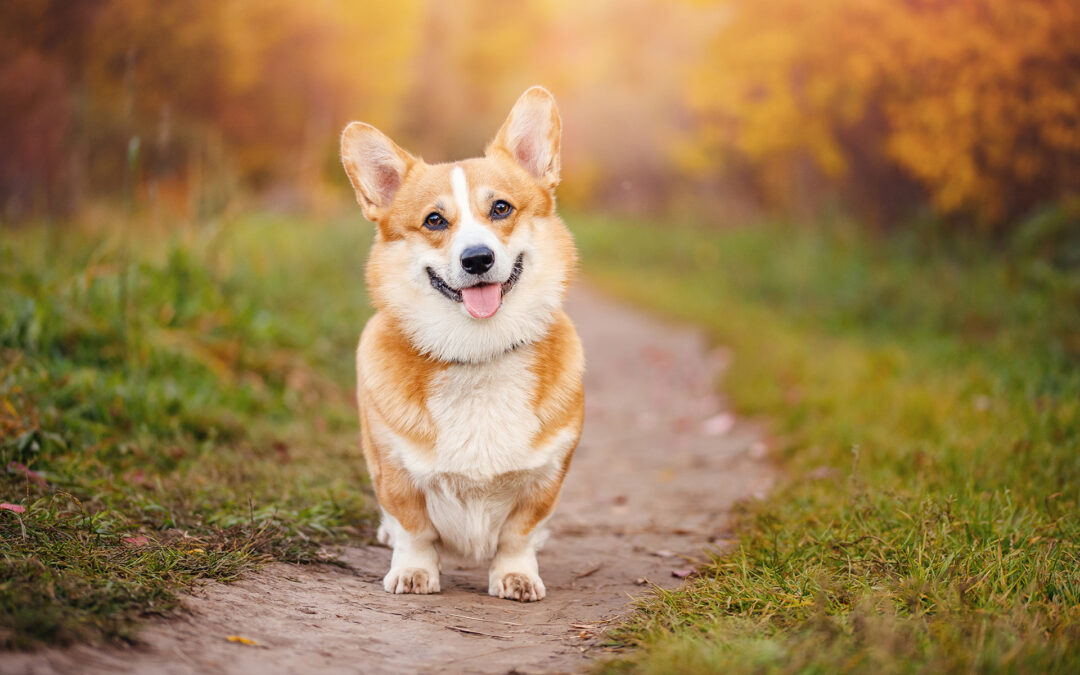 The word Corgi comes from Welsh meaning dwarf dog. The breed originated in Wales as a herding dog. There is a folk legend that says Corgis were a gift from woodland fairies and the breed’s markings were left on it’s coat by fairy harnesses and saddles.

Welsh Corgis had a common ancestor, before the breed split into two. Around the 10th century this dog was bred with dogs from the Flemish weavers, and they were known as the Pembroke Welsh Corgi, whilst the Cardigan Welsh Corgi breed, was influenced from dogs from Nordic settlers.

The Pembroke is the more popular of the two, and the Cardigan larger in weight and height.

Welsh Corgis have historically been used as herding dogs, specifically for cattle. Their herding technique has being referred to as ‘heelers’. They would nip the heels of larger animals to keep them on the move. Their low height and agility would allow them to avoid the kicking hooves of cattle.

In the late 19th century Welsh farmers switched from cattle to sheep production, and the breed became unsuited to herding sheep flocks. The farmers then cross bred the Corgi to the Welsh Sheepdog and the original Welsh Corgi was then only bred as a companion dog.

Princesses Elizabeth and Margaret were first introduced to Corgis in 1933, by Thomas Thynne, the 5th Marquess of Bath.  In 1944, for her 18th birthday, Princess Elizabeth was given her first Pembroke Welsh Corgi, Susan, from which she has bred 10 generations of dogs. Susan became the progenitor of all the Corgis owned by the Royal Household.

The crossbreed Corgi / Dachshund is called a Dorgi. However, this is not a recognised breed.