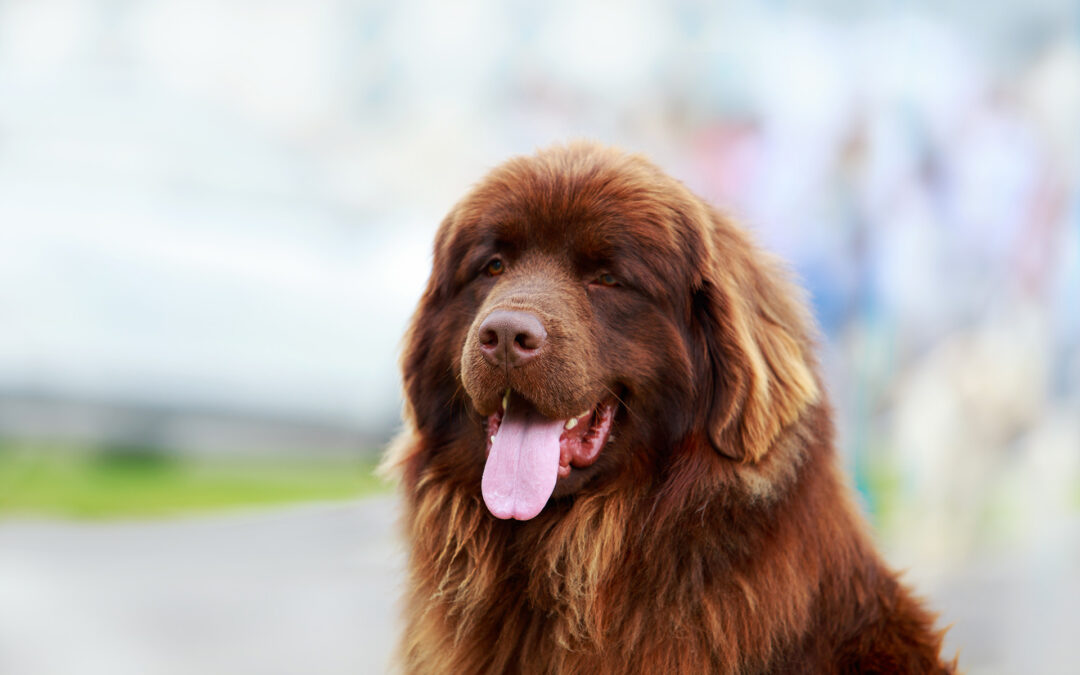 Nana, the round-the-clock babysitter, from the Peter Pan film is a close characterisation of this breed of dog. This protective dog really loves children and is gentle and friendly.

In the early 1880’s explorers and fishermen from Ireland and England described two types of working dog that came from the Dominion of Newfoundland, that were used for pulling fishnets and hauling wood from the forests. One heavily built, with a long coat and an active medium sized dog with a smooth coat. The larger breed was known as The Greater Newfoundland and the smaller was known as the Lesser Newfoundland or St John’s dog, which became the founding breed of the Labrador Retriever. The larger dogs, with webbed feet, were naturally strong swimmers, thus became popular with English sailors as ship dogs. As a ship dog the Newfoundland’s job was to swim ashore with the line from the ship, for a more controlled landing. The Newfoundland was such a strong swimmer it could also haul a small boat to land.

The Newfoundland, or Newfie’s history is sketchy, there are however, three theories, firstly, that they were a product of a cross between the Tibetan Mastiff and the now extinct Black Wolf. The second theory states that they were the result of breeding between wolves native to Eastern Canada and Viking dogs left behind when visiting the New World in 1000 AD. The third theory is that they are a mixture of Pyrenean Sheep Dogs, Mastiffs and Portuguese War Dogs.

Newfoundlands exhibit a very strong propensity to rescue people from the water. A Newfoundland is credited for saving Napoleon Bonaparte. The dog jumped into the water after Napoleon was knocked overboard in rough seas whilst escaping exile from the island of Elba. A Newfoundland named Hairy Man helped save over 160 Irish immigrants from the wrecked brig, Despatch. In the early 20th century, 92 people from the SS Ethie were saved by a Newfie which retrieved and swam with a rope thrown out into turbulent waters, to people waiting on the shore.