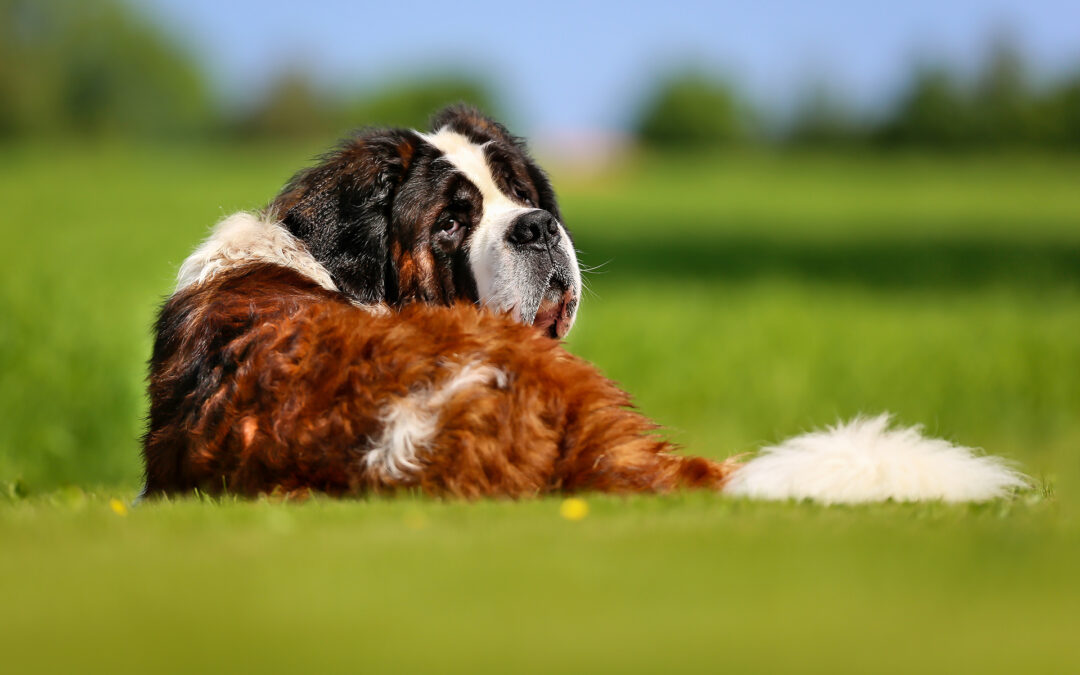 The earliest written records of the St Bernard breed are from the monks at the Alpine hospice of Great St Bernard in 1707. These were working dogs and were smaller than today’s St Bernard show dogs, they were about the size of a German Shepherd Dog.

The ancestors of this breed shared history with the Sennenhunds. (Swiss mountain or Swiss cattle dogs). They were descendants of the molosser type dog, brought into the Alps by the ancient Romans. St Bernard dogs were used by dairymen from the French Alps, for herding, hunting, watchdogs and search and rescue.

The Alpine traveller’s hospices of Great and Little St Bernard are located on treacherous mountain passes that were occupies by monks. The dogs are thought to have been introduced to the monasteries in 1660. St Bernard dogs never received any special training from the monks. Instead younger dogs learned how to search and rescue from the older dogs.

The earlier St Bernard dogs looked very different from the St Bernard of today. Severe winters from 1816-1818 resulted in increased numbers of avalanches which killed off the majority of the St Bernard breeding stock while they were performing rescues. In order to preserve the breed, the remaining St Bernard dogs were crossed with the Newfoundland breed in 1850.

Although they gained in size by this cross, unfortunately they lost much of their use as search and rescue dogs in the snowy climate of the Alps. This was because the long fur they had inherited would freeze and weigh them down.

The monks of St Bernard hospice deny any St Bernard dog has carried casks or small barrels around their necks. This was popularised by an 1820 painting by Edwin Landseer. However the monks did keep casks around for photographs by tourists.

The St Bernard breed was standardised and approved in 1888 and since then became the Swiss national dog.