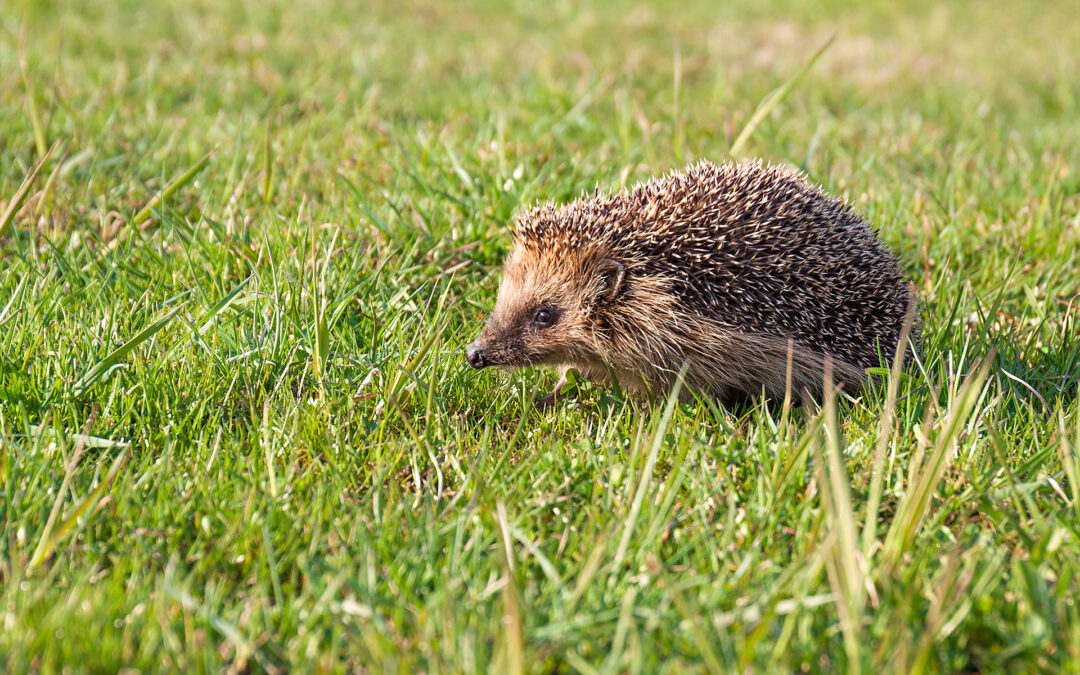 Erinaceus europaeus, the west European hedgehog is one of seventeen hedgehog species and is Britain’s only spiny mammal. It’s a distant relative to the shrew, and it has changed little in the last 15 million years. They are born in litters ranging from one to eleven. A baby hedgehog is called a hoglet and a group is called an array. They are primarily solitary animals who only pair up to mate.

The hedgehog’s specialised coat carries over 6000 spines, which are modified hairs, each lasting about a year before it falls out and a new one grows in it’s place. These little mammals have an excellent sense of smell but very poor eyesight.

Hedgehogs are one of the few mammals that truly hibernate. Simply put, hibernation is defined by an animal significantly decreasing their body temperature to about 20C, thus slowing their metabolism down and entering a coma like condition. Which, on awakening, takes some time to recover. It is said that technically Bears don’t hibernate, because their body temperature only drops slightly, also, they can fully awaken easily. However, this theory is not supported by everyone.

Hedgehogs usually hibernate from October to April and are likely to change nesting sites at least once during this period. Their fuel during hibernation comes from fat reserves that have been built up over summer. Which is why supplementary feeding is important.

The ‘hogs’ natural diet of slugs, caterpillars and worms is becoming scarcer in gardens for various reasons. Specially made food in both dry and moist kibble is available, but remember, they should be getting most of their food from insects and worms, so this commercial food is only supplementary. Dried mealworms are a tasty snack and can be addictive, ‘hogs’ are likely to fill up on dried mealworms leaving little room for eating their natural food with higher nutritional value.

Some people like to feed hedgehogs bread and milk. Be advised that hedgehogs are lactose intolerant. Bread is low in energy and is nutritionally worthless to them.

To make a ‘Hog-Home’, use a natural feature, a compost heap or log pile, these places will naturally have an abundance of insects and worms. If you are making an artificial home, make sure you use untreated wood and you create a tunnel entrance to stop predators, like foxes, from getting their paws in.

Our little nocturnal friends can travel one to two miles a night looking for food or a mate, so we can make their lives easier by removing barriers, for example, making holes in or under fences and walls. It is a good idea to put a ‘Hedgehog Highway’ sign near it so that the hole is not blocked accidentally.