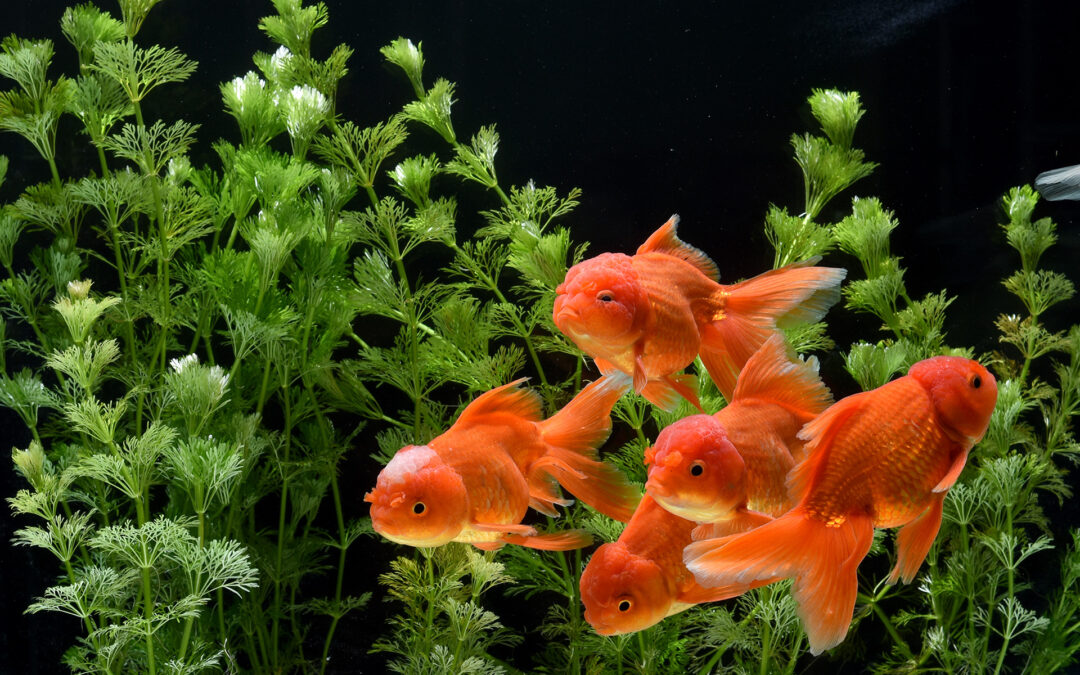 The first recordings of goldfish were during the Jin dynasty (265-420). The fish were collected from the orange or yellow mutations of various species of Asian Carp which had been reared for food fish for thousands of years.

It was during the Ming dynasty (1368-1644) that goldfish began to be raised indoors. This led to selections of mutations which created the fancy-tails. In 1603 goldfish were introduced to Japan, and in 1611 they were taken to Europe via Portugal.

Before setting up an aquarium, it’s important to understand how the nitrogen cycle works. Cycling the tank first, with a few hardy fish, will help establish a bacteria bed in the filter, which will help remove toxins from fish waste. This ‘good bacteria’ turns the ammonia from the waste into Nitrite (which is still toxic) and then again into Nitrate (which is relatively harmless). However too much Nitrate can stress your fish, which is why regular small 10% water changes are needed.

Goldfish generally grow throughout their life time, the longest was recorded in the Netherlands, in 2008, measuring 19 inches. Goldfish create more waste than most other fish species. These two factors alone indicate that goldfish need a large tank in which to live comfortably, allowing them space to grow. A small tank will stunt goldfish growth, their internal organs will push against their small bodies.

In reality, when a child comes home with a fairfish in a bag, not many parents are going to rush out and buy a 3ft aquarium. So, in kindness to your goldfish, wherever it is, keep the water clean with a good filter, do regular water changes and have a larger tank or pond planned for when little Nemo outgrows it’s tank.

There has lately been an upturn in interest in keeping fish. Here at Animals Only we have substantially increased our range of aquariums and accessories to try and meet this demand. We have goldfish, Shubunkins and many little tropical fish especially ideal for starter aquariums.