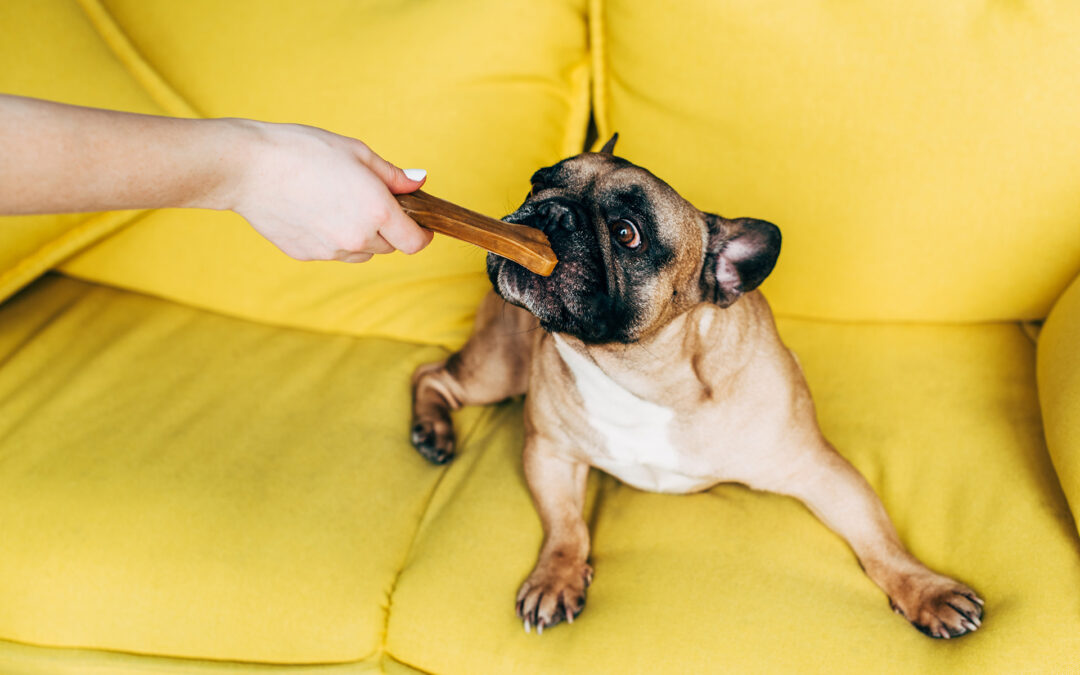 Ranked in the top 10 most popular breeds in UK over the last 5 years.

Bull baiting was outlawed in England in 1835, so some ‘unemployed’ Bulldogs were bred with Terriers and Pugs to make them smaller so they would be more suitable as a companion breed rather than the previous sporting breed. These smaller Bulldogs became common in England and were known as Toy Bulldogs.

During the Industrial Revolution, displaced lace makers emigrated from Nottingham and settled in Normandy, taking with them their dwarf Bulldogs.

These dogs became popular in Paris and bred with the local ratters. A small industry grew from importing small big-eared reject Bulldogs from England, which diminished the stock of Toy Bulldogs.

After 30 years this large eared bred had evolved and were called French Bulldogs. Then called Bat Ears and now called Frenchies. These dogs became very popular in Paris within the artistic circle.

These dogs come in all shades of brindle, fawn and pied (white and brindle), and need grooming only once a week.

Frenchies are independent thinkers and thrive on human love. Because of this they can suffer from separation anxiety. They make excellent companions and can live in town, country or flats with a small garden.

Due to their shape, the majority of French Bulldogs cannot swim. However it is recorded that a surviving passenger from the Titanic was quoted as having seen a French Bulldog swimming in the ocean after the ship sank. This dog was called Gamin de Pycombe, belonging to a banker who had purchased the dog for £150. (equivalent to £13000 in todays prices). Unfortunately it was recorded as the only French Bulldog to go down with the ship.