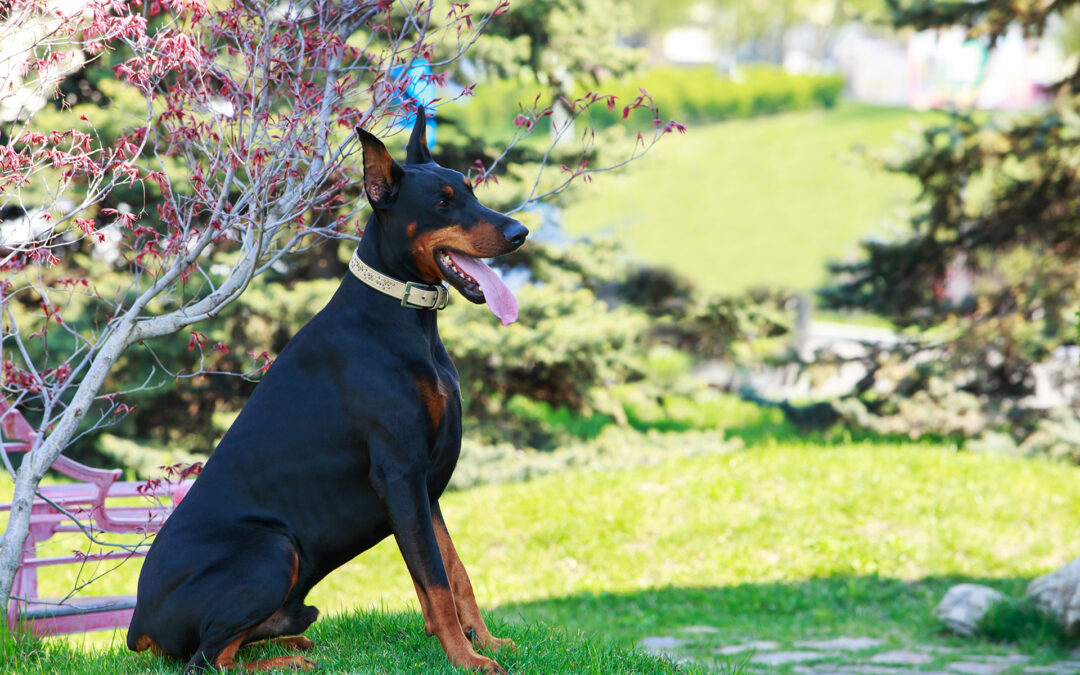 Dobermanns were first bred in the town of Apolda, Germany, by Karl Friedrich Louis Dobermann. Herr Dobermann was a tax collector, a night watchman and a dog catcher. The latter occupation put him in the perfect position to help him select the ideal dog to create a breed for protection during his tax collecting visits through many bandit-infested areas. He was looking for a combination of strength, speed, endurance, loyalty, intelligence and ferocity. In this we have a fair description of the modern day Dobermann.

Karl Dobermann did not keep records of his breeding programme, so it is a mystery as to what actual breeds were used. According to Karl’s son, the foundation was a courageous dog called Schnupp and a female called Biscart. There are many suggestions and theories of the initial breeds, but it is recognised that the German Pinscher and Weinmaraner were used to develop the Dobermann Hunde.

After Karl Dobermann’s death in 1891, the Greyhound and Manchester Terrier were added to the cross. Hereafter a breed standard was introduced, allowing the Dobermann to be the breed we recognise today. This breed was named Dobermann Pinscher in Karl’s honour. The Germans were the first to drop the word ‘Pinscher’ (meaning terrier) feeling it was not appropriate to the breed. The British followed a few years later.

Dobermanns often have their ears cropped and tails docked for traditional appearances. This practice was made illegal in the UK and Commonwealth. However the American Kennel Club standard for Dobermann’s, include a tail docked near the 2nd vertebra. Docking is common place in the USA, Russia and Japan.

A Dobermann called Cappy, saved the lives of 250 US Marines when he alerted them to Japanese soldiers in WW2. Cappy became a K-9 casualty, when mortally wounded by a Japanese grenade. He is the dog depicted in the bronze statue on top of the World War 2 War Dog Memorial, where there are inscriptions of the names of Cappy and 24 other Dobermans who died fighting with the US Marine Corps in Guam 1944.